“And now in age I bud again,

After so many deaths I live and write.”

Creativity and age – an oxymoron? The early deaths of Chatterton (“the marvellous boy”), Keats, Shelley and Byron fuelled the Romantic “Good poets die young” myth. Wordsworth proved it by living too long and churning out a great deal of second-rate stuff as he grew older.

Try taking a wider view: where would European civilisation be without Milton’s Paradise Lost, Beethoven’s last string quartets or Rembrandt’s late self-portraits? What all these works have in common is that they are the works of maturity, produced in the artist’s later years.

T S Eliot wrote Four Quartets in his fifties. The great twentieth-century American poet, Amy Clampitt, published her first poetry collection at the age of 53. Annie Proulx was 56 when The Shipping Forecast came out. The popular novelist, Mary Wesley, was 71 when her first book was published. The list could go on and on. Helen Vendler wrote of Amy Clampitt: “The flood of poems that she produced late in life delineate a self – silent for 53 years – that suddenly found a public voice. If she had died at 52 we should never have known about her.” From these examples, it seems that the creative urge, far from decreasing, may well up into a great imaginative surge in later life.

The young know they are immortal – at least in their twenties (I can always do it later …). In the past women have been at a particular disadvantage – Virginia Woolf spelled that out very clearly in A Room of One’s Own. In contemporary Western society, there are enormous pressures on both men and women, especially when they are in their thirties and forties. Paying the bills, parenting, building a career – all too often the urgent drives out the important. Not only are there not enough hours in the day but there are constant interruptions. It’s hard to produce that great work of art when you can’t get a good run at it or when you only have the weary dregs of time at the end of the day in which to write, paint, compose.

“Keep true to the dreams of thy youth” were the poignant words found on a slip of paper in Herman Melville’s desk after his death. The dream of my youth was to be a writer. As soon as I learned to write words I started writing imaginatively. I still remember the first story I wrote. It was about two cats who ran a (comically catastrophic) painting and decorating business. I wrote it in what is now called graphic novel form – strips of drawings and words on each page. I made it and sewed it together. That book was lost long ago but my creative impulse to write is undiminished.

I got hooked on poetry in my teens – reading Elizabeth Jennings and R S Thomas for ‘O’ level (that shows my age). I started writing poetry then and have never (quite) stopped. Recently I turned up a bundle of my poems written c. 1966 – 1990. Poems that at one time I thought were worth keeping. Morbid, pessimistic, strong on nature descriptions, mostly derivative of other poets – and uniformly bad. I chucked them into the paper-recycling bin but it was interesting to see where I had come from. 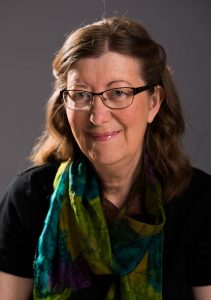 Over the years I’ve had moderate success writing short prose and poetry for magazines. But it was not until 2010 that my first collection of poetry was published. I was 59. I felt slightly ashamed of admitting my age. I was tempted to make a slip of the pen – born 1980 instead of 1950. I felt as if I would be judged as inferior because it had taken so long for my first collection to appear. As if a real writer would have been published years before. As if I was a woman whose literary priorities were clearly so skewed by child-rearing and a teaching career that she had only bothered to take up writing now as a dilettante project to have something to do in retirement.

When I was a child I loved helping in the garden and sowing seeds. Whenever I asked my mother what I could plant her answer was always the same: “Sow me some thyme”. As you get older you know you have less time. “If I don’t do it now, I never will” is a powerful creative force. There comes a time when, with luck, there’s the opportunity to focus on producing imaginative work without the thousand distractions which plagued earlier life.

What is the secret of keeping creativity alive in later years? The answer is, I think, change – that great feeder of the imagination. The motto of Edwin Morgan, the much loved and greatly lamented Scottish Makar, was “Change rules”. He was still writing and publishing very good poetry in his late eighties while living in sheltered accommodation. “Myself I must remake” wrote Yeats in his seventies. “Old men should experiment” said Haydn. “Old men ought to be explorers” wrote T S Eliot in “East Coker”. And women.

In 2011 I read Christopher Pilling’s translation of Maurice Carême’s last poems Défier Le Destin, written when the poet was in his seventies – as was the translator:

“It is not too late

This essay won the Notting Hill Editions and Words by the Water essay competition 2012 and was originally published on the New Writing Cumbria website (no longer available).