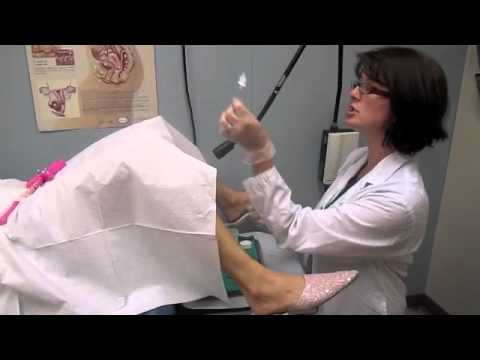 I have a brilliant idea for Dragon’s Den.

But then again, I can’t quite see Deborah Meaden trying out what I propose, not in front of the television cameras at any rate.

However, if anyone from Dragon’s Den does happen to be reading this and would like to make me an offer, I would gladly accept £125,000 for 25% equity.

My brilliant (but simple) idea is this: why not make smear tests more patient-friendly by replacing the regular bi-valved plastic vaginal specula with a Rampant Rabbit-esque tool? If you will excuse the pun.

I can’t be the only woman who, while closing her eyes (legs like an indecent frog’s) on the local surgery’s faux leather couch, desperately attempts to fantasise that the procedure is part of some elaborate sex game in order to make it a tad more bearable. I have even been known to recite the Shema in my head – one of the holiest of Jewish prayers, I’ll have you know; while the kindly doctor or nurse has a good scrape, never mind that I am a committed atheist. Actually, the Shema thing (taught to me as a little girl by my father) has accompanied me since that very first time: “Shema Yisrael…” as He or She has a proper look up there, until the Shema was replaced with rather more filthy thoughts of a biblical kind.

A bit of history for you. The not-so-humble vaginal specula was originally used by the ancient Greeks (Theo ‘Pap’hitis, I do so hope you are reading this,) and Romans. Later, in nineteenth century South Carolina, James Marion Sims developed the specula so that it consisted of a hollow cylinder with a rounded end divided into two hinged parts, a bit like the beak of a duck. And it hasn’t really changed. Any woman over the age of forty has experienced a nightmarishly cold specula made from stainless steel in her privates, although most speculum are now made of plastic.

Steel? Bi-valved plastic? You’ve got to be kidding. Every other ancient gadget has been properly updated in terms of comfort, so why not the specula? Look, I’m no product designer and a miserable failure in each of the sciences, but give me a moment here. All I ask is that the instrument tending to our intimate, most delicate parts isn’t produced from a material requiring scaffolding and a hard hat. Why can’t our cervixes be reached by something a little more, pleasurable? (While you’re up there…) In short – and without coming over all Heath Robinson, why not take a vibrator and use it as the basis for a proper, twenty-first century vaginal specula? According to its website, Ann Summers vibrators are “medical grade” silicone after all.

Okay, so it might be hard to imagine an impassioned bidding war between Duncan Bannatyne and Peter Jones or Theo for my aforementioned pitch, but then stranger things have happened. 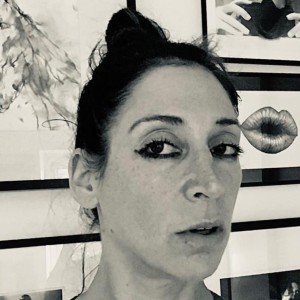 Ingrid Stone is a writer, broadcaster, campaigner and founder of Yoga For Alzheimer's. She has written a short novel A Knife And A Fork, a children's book The Underground Mouse and Letters Of A Dissatisfied Woman, based on her popular blog www.complaintsqueen.com about positive complaining.
Show Comments Hide Comments