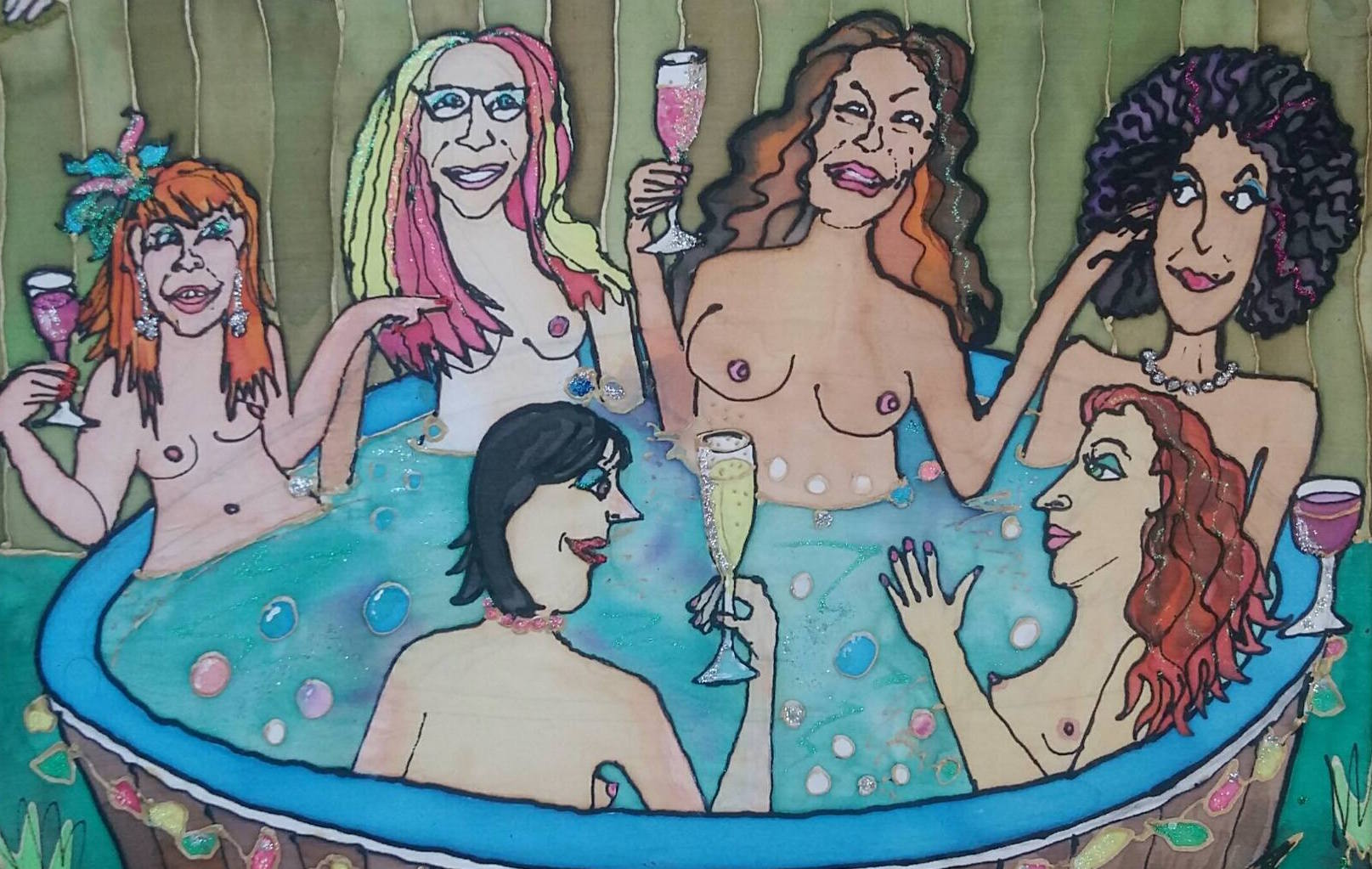 Dear Ladies of the Hot Tub,

I will be 60 in October and have been married for over 30 years with two older children, both now married.

After nearly two decades in a sexless marriage, I reconnected with an old female friend.  It was one of those coincidental situations and came completely out of the blue. We swapped a few emails, and then moved onto WhatsApp, before eventually meeting up for lunch. After that, the emails and WhatsApp messages became more and more intimate. (She sent me some very steamy pictures!) Four months later, my friend asked me to tell my wife about our relationship (even though no bodily fluids had been exchanged). I did and, to my surprise, my wife suddenly became insatiable while demanding I call off the affair, if you can call it that. I ended the relationship and, since then, my wife has gone back to refusing sex.

I’m completely confused now and wonder what I should do. I’m not ready to embark on another full-on relationship. I don’t want to get to 60 and still be as unhappy as I have been for the past 20 years! Your advice would be most welcome!

Your wife’s behaviour is understandable. For 20+ years she thought no one would fancy you. Then, suddenly, when she discovered another woman found you attractive, that made her fancy you again. Have you thought that maybe you could keep the passion alive in your relationship by playing the field?

Am wondering what has stopped you and your wife going to relationship counselling if it has been so bad between for so long. I presume that this is not just about sex, in fact that it’s probably more about a lack of real warmth and closeness between you. It sounds to me as though you really need to have a difficult conversation between you with the help of a counsellor. From that point, you can start really seeing what is behind this, and how you want to go forward. You and your wife really need to go into your hearts and speak from those vulnerable places, then see.

Hello there. Looking at the maths of your marriage, it seems that the age of your children coincides with your marriage becoming sexless. This happens to many people – focusing on ‘family’ while missing out on the more intimate ‘couple’ aspect of your partnership, with sex an act of going-through-the-motions without any sense of sensual closeness or dare I say it, fun. This other, female friend has essentially shown you the window to a parallel universe. You’ve peeked through that window, but not opened the door, despite being given erotic permission by your wife. Therefore, it appears that when all is said and done, you want your marriage to work. It also seems that your wife is up for some experimenting, hence being turned on by you being the man of the moment. My advice is to go and have some fun with your wife. The kids have left home. Treat yourselves as strangers and go for that first date all over again.  Allow yourselves to be intimate.  Tease your wife with an erotic massage, taking her to the brink. Play games and share your sexual fantasies together, including her one about you being fancied or fucked by someone else.  Remember, you have absolutely nothing to lose.  And if none of that works, perhaps it is indeed time to give yourself some personal space – with neither wife nor WhatsApp Woman and start again.

It seems that dealing with what has been unspoken for many years would be a good step. Of course this is hard to do so simple changes may help to encourage a willingness to be open. To do this try exploring with how you reach each other. Move towards rather than away, notice when you reject your wife, this may be in simple ways like sitting with a closed body, shutting down when she talks about her interests, allowing your attention to travel away from her when she is talking to you. Make an effort to touch her, this could be placing your hand on her arm when you speak or sitting closer to her in social situation so contact is possible. Daring to actually reach each other in a physical and energetic way that is not necessarily about sex could help you both to rediscover what connected you in the first place.