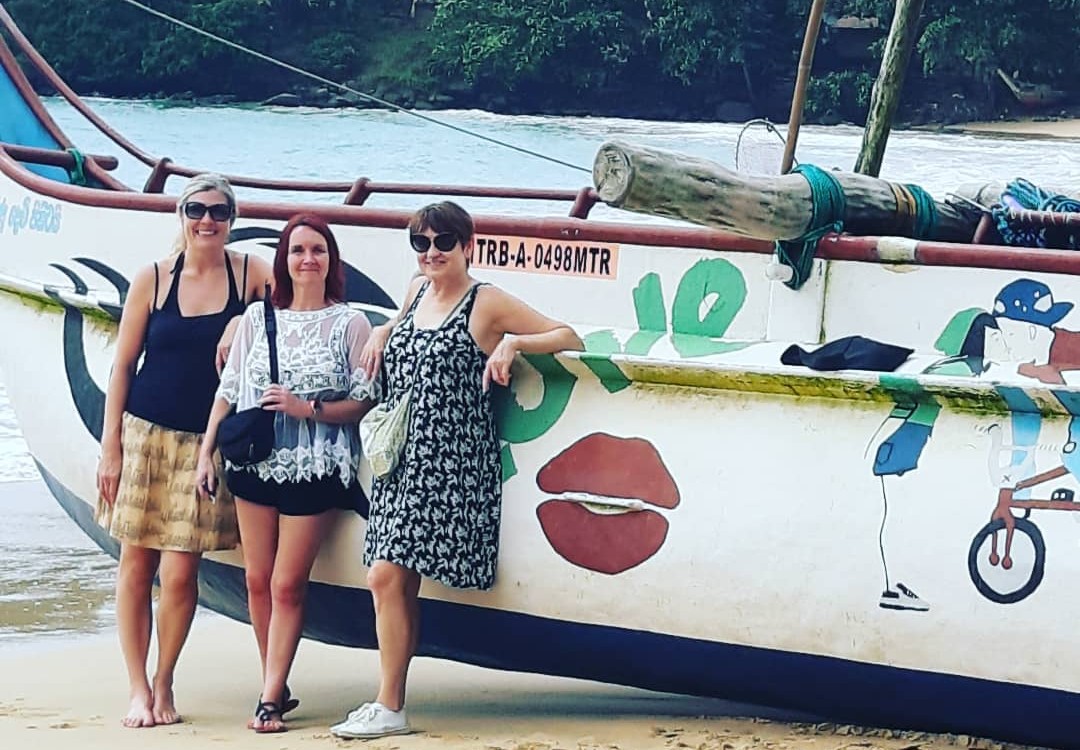 Towards the end of my twenty years living in Dubai, discussions with friends turned to future retirement and the question of whether we’d settle easily back into Britain. One friend Bobby shared his vision of buying some land in Sri Lanka and developing a community for other like-minded souls to retire to.

This idea seemed quite revolutionary at the time – little did we realise he’d spawned the idea for the Exotic Marigold Hotel!

Sadly, Bobby passed away before his time, so his dream would never become a reality, but it always stuck with me.

Then, in 2011 aged fifty, my life changed significantly – I was newly single and had children going into further education, which called for a move back to England.

It was only when, in 2016, after the combination of a recent trip to India and the launch of the TV Series ‘The Real Marigold Hotel’, that I recalled Bobby’s vision. Maybe retiring to that part of the world was not such a pipe dream after all?

Despite the ongoing Covid situation, with things being very up in the air until the last minute – literally as we took our 72 hour pre-flight PCR test – in January 2022, my plan for a Real Marigold Hotel in Sri Lanka was unfolding.

Number one project had been to find the perfect property which I did – a private home with local staff who could share their culture, and a British manager who could share her expatriate lifestyle in Sri Lanka.

The trip was aimed at midlife women – nothing against men at all – but I work with (mostly single) midlife women in my UK retreat business, Soul Sisters Community, and wanted them to view this as something they could consider doing alone.

I positioned it as an opportunity for solo travel into a community – being brave to plan on your own but knowing there would be a like-minded group to join.

Unlike my ‘New Life Purpose’ workshop retreats in Britain, the time spent in Sri Lanka was a combination of both retreat and holiday. Yes, we visited all the tourist spots – whale watching, elephants, turtles, markets, museums – but we also spent many hours talking about life, sharing past experiences as well as our hopes and fears for the future.

‘After years of feeling stuck in a rut with my marriage I knew I had to do something for myself.  Making the trip to Sri Lanka alone was rather daunting but also exhilarating. Despite the fact Rachel had arranged everything, I felt quite brave, which in retrospect, having done it now, seems quite silly. The time away from everyday life, family and phones allowed me the space to reflect. As I swam early every morning with just the birds and monkeys for company I felt at peace with myself for the first time in a long while.’ K.

‘I had a brilliant time. I haven’t laughed so much in years – not something you’d expect with a group of strangers. It was almost as if a sense of relief had overtaken us all – to be away and carefree, no matter how temporarily – was incredible. So were the monkeys stealing food from the table!

I can’t imagine living anywhere other than England, at the moment anyway, but the experience certainly opened my eyes to the fact that we do have choices and they are just ours for the taking.’ A.

For my part I’m not ready to take the Marigold plunge just yet, but will 100% be offering similar style trips next winter and seeing where that leads me.

www.soulsisterscommunity.com    3 day retreats to discover your next life journey with journaling and tarot.   The next retreat starts on March 8th.