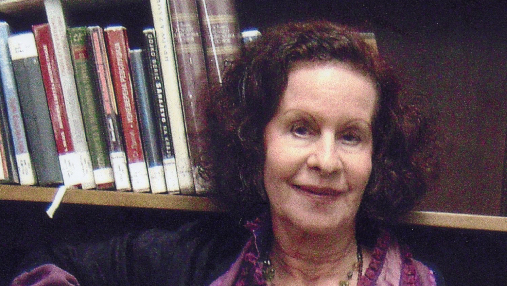 “Go wherever your impulse leads you. Take whatever Fate offers, unless you feel a strong dislike for the gift.” – Casanova

For years, by choice, I sawed myself in half emotionally. This condition resulted from my double life: daytimes a married academic, nighttimes a Greenwich Village free spirit. Being happily wed to Michael yet free to see other men required connivance worthy of a Borgia. A coterie of friends were hip to the masquerade; strangers knew me as a librarian-scholar engaged in research on Women’s Studies.

One self-displayed a bookish facade, its shadow (aka Belladonna) craved adventurous travel plus gobs of hanky panky. Since each face was fed a nutritional diet, neither felt deprived. The bourgeois and the anarchist lived together amiably. Civilized French women like George Sand and Simone de Beauvoir inspired me.

Before marriage I suffered from mental and physical constipation. Once my soulmate appeared with all the bells and whistles to whisk me away from a stark parental home, the flow started. Not that I was beaten or abused–just bored to death in Philadelphia. Marriage brought me an expansive love out of a Russian novel. Monogamy, the first stage in our romantic cycle, gave way to a “tolerant marriage.” In the seventies, love was in the air along with pot fumes at parties apt to start one day and end whenever. Our sexual horizons expanded along with our consciousness.

Some years later a menage a trois evolved that incorporated Letha, our significant other, whom we met in Paris. Married young, a devil-may care morality suited an inveterate Bohemian like myself apt to dye her hair rainbow colors. The ring on my left hand did not tame the rebellious streak held over from my repressive youth.

Providentially, a menage re-parented me with a family of choice akin to my heart of hearts. Let the world couple off, an odd numbered combination suited me; so it did the Greek philosopher Pythagoras who considered three the most mystical number. A triad gave me a solid base from which to explore the Byzantine complexity of male-female relations.

Often my “nice girl” side clucked her tongue at the hussy whose skin she shared. Quelles frisson! I dared sample pleasures traditionally denied the married woman. If wounded, I crept back to my nest for healing. Instead of a jealous husband, mine understood and gave advice. If the travel bug bit me, Letha moved in temporarily (our menage did not live together for lack of space).

Being the “other woman” put Letha in tricky situations at parties or among friends certain she was being exploited by a greedy couple. Why would an attractive woman in her right mind settle for half time with another woman’s husband? Well meaning or not, outsiders challenged her position with the subtlety of a battering ram. Self-confidence, wisdom and maturity enabled her to beat them back. And a savvy analysis of her own needs after an angry divorce that made her reluctant to sign up for another walk down the isle in the near future.

Our trois synergy produced and published Three in Love; Menages a Trois from Ancient to Modern Times in which we identified the “inevitable inconsequential fourth” drawn to the electricity threes generate. This extra person can torpedo a menage if he(she) pushes from the periphery to center stage. My partners preferred not to stray outside the triad.

Since I lived with my husband in a smallish apartment – dating others required finesse plus consummate consideration. Two problems nagged: where to entertain a beau, if one came my way? Second, how to balance a lover with a full time job, triadic activities and a writing career? Perpetually worn to a frazzle, somehow I juggled my day and night personas.

Altar expectant men were off limits. Instead, I sought out those unconcerned about finding a lifetime partner, also prepared to wine and dine me. I cooked at home for my husband (sometimes the three of us) so going out provided a holiday from domesticity.

Not that opportunities for romance abound in the Big Apple. A woman over forty (my favorite in age) is as likely to be hit by a car as find a significant relationship. The men I connected with, had a sense of humor plus stratospheric charm. With lovers I went to particular bistros, bars, theaters and restaurants. My menage haunts were purposely elsewhere. The twain crisscrossed but seldom met. This split made every day a juggling act.

Most consider the West Village a quaint neighborhood notable for its Bohemian history. To me its streets are more charming than Paris. On them I’ve enjoyed hugs, kisses and more intimate expressions of affection. I stroll a lot, an excuse to conjure up memories. How can I forget a blissful Halloween night spent in Paul, my one time lover’s Sixth Avenue walk up. As we watched the parade from his window, he sipped champagne from my slipper. Afterwards, we devoured a steak tartar and chewed pieces of each other.

For a few years Paul and I put out our utmost into an affair, which registered off the Richter scale in intensity; that it could never lead to marriage might have been the aphrodisiac? Certainly, every time we met our bodies, if not our minds, connected blissfully. Fresh from his bed, I wrote poems to seal in nights of wonder which made me understand why the French call orgasm petit mort (little death).

Looking back, I must have been “mad about the boy” to sleep in Paul’s icy apartment with the oven turned on full force, windows closed. His landlord, mean with heat in the New York tradition, acted like a skinflint because Paul paid rock bottom rent. In “heat” literally, I went along with the program and survived to tell the tale. Safe in a long term menage, I embarked on this and other excursions along the “wilder shores of love.”

Favorite benches in St. Lukes garden where we gazed at seasonal flowers were the site of menage epiphanies. Our triad welcomed every season there–winter included. Strolling under St. Luke’s cherry and apple trees added a bucolic note to discussions about loaded topics: jealously, scheduling problems, ego inflations, the world misunderstanding or interfering with our menage .

Worshipping outside the church of coupledom and daring to write a book about it, put us diametrically at odds with our peers, not to mention the values drummed into us from childhood. If we risked excommunication from the society we depended on for social verification and employment, our path brought an emotional enrichment that comes from following one’s “bliss.”

Unlike most women, I’ve lived out my fantasies on several continents; I may not have had it all, but I’ve sure had a ball!